Meet Frank. He’s 13 years old, and is curious, busy, fun happy and bright. He has a mental delay, but that doesn’t stop him from being friendly, engaging and kind. He’s also an orphan in Eastern Europe. This means he is in an institution. If he is not adopted by age 16, he will be thrown out on the street with nothing but the clothes on his back and his “disabled orphan” status. Let me tell you more about Frank.

He’s little, about the size of a 7 year old. And he’s smart. He is in a group with teenage boys ages 16-24. He does puzzles and he does his chores diligently. He is very kind to the younger children. Frank is friendly and engaging. He likes being with the boys, but is happy being alone too. He plays appropriately with toys and is “all boy”. He could very easily function in a family. Frank is curious, smart, fun and sweet. He likes to play in the dirt and jump on the trampoline. Frank is independent, a good eater, is happy and content. Frank is physically healthy. He walks, runs, feeds himself, speaks, does puzzles and interacts with others well. He's a sweet boy who seems rather unaffected by his surroundings. He has no future where he's at, and without help, he's never getting out. Institutions are a one way ticket to nowhere. And this little boy deserves a future. This little boy will be a blessing to any family.

The Baker family has committed to adopt Frank and another boy, Emmitt. But international adoption is pretty expensive. The adoption would cost about $30,000. Reece’s Rainbow is an organization that helps with this cost. They set up grants for children in 25 countries around the world, and any money that is donated to these funds is given to the families to help with adoption fees. With Reece's Rainbow's help, the Baker family only needs about $10,000 to bring home both boys! 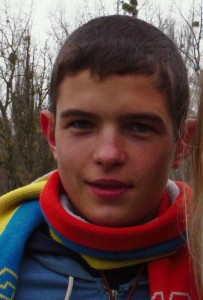 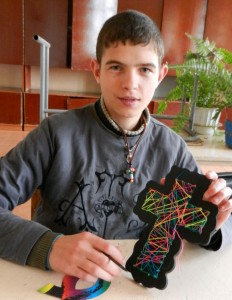 
Sebastian will turn 16 THIS MONTH (April 2013).  A family must have paperwork filed for him with USCIS PRIOR to his birthday — so, it must be filed on 4/25/2013.
We’ve been told Sebastian is available for adoption, but his paperwork will not be cleared in country until fall 2013.  However, the process *MUST* be started with USCIS (US Immigration) prior to his 16th birthday, for an American family to adopt him.
Sebastian so badly longs for a family and to belong.  He is shy, and has a very calm demeanor, slow to think and respond and soft spoken. He is not the ”in your face” kind of young man. He has ran away from the school on several occasions because he is sad living at the school and just does not fit in. With him being shy he is often picked on and accused of things he does not do and becomes a target because he does not fight back. Anything he was asked to do or help with the mission team he did not hesitate to help. When activities came up and he was asked to participate he had no problem engaging and playing. He has a slight stutter that comes out at times but nothing that will enable him or his future to achieve any goals. He is a precious young man. He says at times he has a hard time remembering things . He stated that he believes in God.
He loves to read the encyclopedia and to learn. He loves animals and like to look them up and read about them. He loves all animals and would love to be in a family with any kind of animal. He loves mashed potatoes and chicken and he does not care much for fish soup! He enjoys sports like Futbul (soccer), basketball, running and swimming. He enjoys drawing cars.
Although Sebastian is shy he can be funny and talkative at times. If he had a choice to be in a calm and quiet place, alone or with friends he would rather be with friends and not alone. He would prefer to be one to follow a good leader verse being the one to lead others. If he had some free time he would love to wind down by reading a book. He wants to build houses and that is the one trade he would love to learn. If he had three wishes he said to come to have a family in America, live in America and live near his other friend named Sasha or be able to talk to him. If he could be like anyone in the world he said he likes himself the way God made him. If he could visit anywhere in the world it would be America. He said he has visited a camp in Greece and he liked it there. When he went he thought he was going to be adopted and it did not happen it was just a camp so he was heart broken. He would love to visit an athletic gym in America and look at houses (architecture). He loves to look at church buildings and study how they are built and what they look like and enjoyed seeing them in Greece. He said he does not smoke or drink like many in his school and his favorite color is yellow. His favorite school subjects are Math, drawing and PE and his least favorite is Chemistry. He states he is an average student. When asked if he could visit a family in America would he like to be the oldest or youngest he said he did not care he just wanted to be part of a family. This young man is running out of time and it was so clear he just wants a family. He wrote a letter to a member of the team, asking for her help to find a family and thanking her for being willing to find him one. 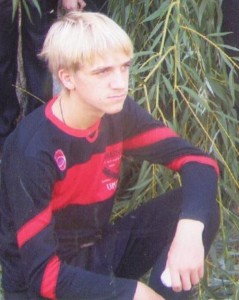 Joseph WANTS to be adopted and we want to give him a chance in case there is a family that is paper ready or able to file petition for his adoption with USCIS before he turns 16 to adopt him.
He has no younger siblings. 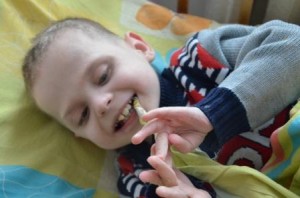 Casey is very sweet.   He is bedridden, yet full of smiles.  He desperately needs a family to save him.
Travel required;  married couples only.  Large families welcome.
$1745.30 is available towards the cost of my adoption!
Posted by Tink at 9:21 PM

Either positive or negative comments are good because it shows I am still relevant. -Justin Guarini 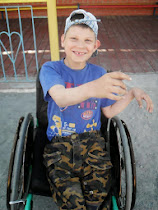 Theo is a sweet boy who needs a family fast! He is 14 years old, and has cerebral palsy.

Auggie was in a laying room for over a year, but after only 3 months of physical therapy is now sitting independently and working on learning to stand.Auggie loves things that crinkle or light up, slinkies, music, and tv. He is more interactive than Brody, and appears to lift his arms up to indicate he would like to be held. Auggie is 8 and has been separated from his brother, Brody. 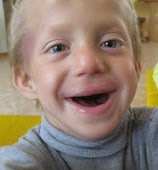 Brody is able to walk, and can drink from a cup without help. Brody appears to be in his own world much of the time, and loves things that crinkle or light up, and things shaped like sticks, as well as hands, gloves, feet and socks. Brody is 7 years old, and has been separated from his brother, Auggie.

"Micaiah is 15 years old and living in Eastern Europe. We will meet him later this summer or early fall we hope. He has been diagnosed with spina bifida, and is in a wheelchair, but since he has apparently never been given proper treatment for it, there may be much that can be done for him. Like many children with physical disabilities in his country, he was placed in a mental institution, even though reportedly his mind is fine. He has never been given a chance, and we feel God wants to use our family to give him that chance. His face looks calm and sweet, and the one video we have seen of him, he looks quite lucid and able. And we just can’t wait to meet him!" ~ The Bakers 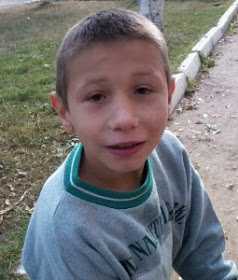 "Levi will be 13 when we meet him. He is also living in a mental institution in Micaiah’s country, and, like Micaiah, he most likely does not belong there. While he isn’t reported to have any major physical challenges, he has been overlooked for a very long time. All those who have met him are convinced he is a delightful, chatty, lovely boy who just needs a chance, and a home, and a family to love him. We can do that!!" ~ The Bakers 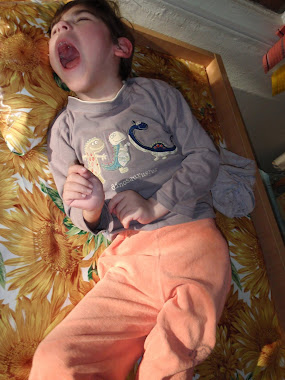 This is not how ANY child should look. She's SCREAMING. this is not right! She needs a family more than anything.